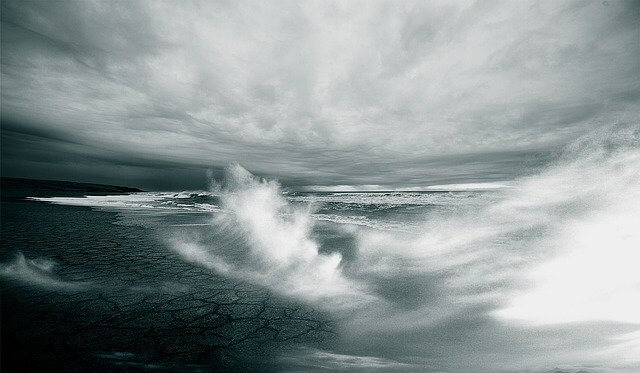 The storm is the part of the ecosystem of this planet these basically originate due to the melting of the ice caps and also due to the high amount of snow which is present on the surface of the high areas of the hills and also the heavy rainfall causes the water storm.

This whole process is quick nowadays due to the high process of human growth activates and also due to the global warming issues of the earth and due to the accumulation of the gases on the earth.

This stormwater is usually evaporated and flows into other biological cycles. Let us discuss the effects of stormwater and its effects on the biological life cycle in detail.

The stormwater issue is very ancient to human history when the civilization process starts then the process of urbanization and cleaning the forests lands for domestic uses starts at a very high level. The stormwater is a larger issue since the bronze age of human history. The storms are a part of our life and ecosystems.

When the ice caps of the puller regions melts then the water surface of the sea and the other freshwater flowing bodies rise in an abnormal way from their natural way it’s called the storm. The stormwater is useful as it fills the groundwater reservoir and provides the landscape a way to provide a better way of water.

But the storm is not useful for the urban areas where no natural reservoir is present and it is a huge cause of the loss in those areas. Because due to human activities and urbanization the stormwater is not soaked hence it causes a huge loss to the urban areas.

In urban areas parking buildings and other human buildings like houses and offices and factories are present which have paved surfaces and consequently the earth’s surface is covered with the concrete surface so this is not able to absorb the stormwater naturally due to human activities.

Pollution due to stormwater

When the stormwater flows into the city land it’s not absorbed on the surface of the earth instead it flows through the water drainage and inlets and latter it flows into a natural fresh body and mix up with the marine water as the water cycle do.

But we know that it carries a huge amount of the human wastes products and also causes the soil erosion of the land because of the stormwater is not provided a large surface then it will flow quickly on the paved land but when it passes with speed on a smooth land which is not paved then it will cause soil erosion to the natural land and consequently the soil fertility decreases.

The stormwater contains a lot of grace metal pigments and also the other pollutants which are produced due to human activities. The stormwater then flows in a natural body and finally falls in the sea. It is estimated that the bay of Mexico receives a large quantity of pollution due to the stormwater and hence its creating trouble for the natural water ecosystem.

The stormwater when runs on bare land cause a huge amount of loss to the fertility of this land which is irreversible.

In the developed countries the stormwater management societies are present when this water flows from the inlets then a barrier is present on the water passage when water flows from it act as a filter.

After the stormwater passes from it then the waste remains on the surface of the land which is collected and later dumped on a fletch depot or a wastages site. The stormwater is handled in modern manners to reduce the losses from it and also to stop the other hazards which are present to our natural ecosystem

The stormwater system should be installed in a way that it can filter the wastages the pet waste oils and also the other metals that flow with the water when it runs off in a natural body. A barrier should be present on the last corner which acts as a filter to stop the wastages.

In many developed countries, the stormwater is collected into the underground lands which are later then used in many useful ways. Many of the small pounds are built which act as a reservoir and also to store a quantity of water which is later used for domestic purposes.

This is useful to stop the erosion and place for biodegradation of soil fertility and also reduces the chances of urban flooding when heavy rainfall happens. The underground water system should be properly managed to stop urban flooding. The stormwater is if handled in a proper way then it can be used for domestic purposes.

And it’s also helpful for our environment and also for the ecosystem of our land. In the united states of America when the sample of the stormwater is taken then it is observed that a large no of the chemicals was present in it which generally flows through it to the natural freshwater ecosystem and also towards therein water and pollutes it in a very large scale.

The stormwater system should be installed in a proper so that it should be able to filter the water in a proper or to stop the wastes that usually mix up into the water and causes the water polluted. So that in the future we can maintain the fertility of the agricultural land.

The stormwater although causes a large amount of destruction to humans and other natural freshwater bodies and ecosystems. But it is somehow beneficial that its helpful to clean the human waste and debris and to help to clean our environment if it is managed in a proper way.

After a storm, a large number of toxic pollutants are carried from the land. But it’s only beneficial for humans not for the other animals and organisms. This is the only benefit that we acquire from the storm water.