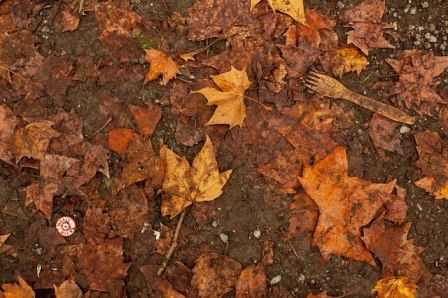 The degradation of soil by human beings, chemicals, and other change in the natural soil is called soil contamination or soil pollution

It is mainly caused by improper disposal of waste products, agricultural chemicals, and industrial waste products. Some solvents, pesticide lead, and other metals like heavy metals.

Soil pollution has its effects on the whole planet and it will play a major part in the welfare of the upcoming generation. We can implement measures to reduce pollution. If we do nothing it allows pollution to increase with the passage of time and cause health epidemics. The human population is predicted to rise by two billion in the next 40 years.

Due to feed the population it is the extreme desire that soil remains intact. They will not be able to support the whole population if measures to reduce pollution are not introduced. Then a number of diseases will cause resorting to synthetic food sources.

1):-Soil pollution, which is also known as soil contamination, is caused by artificial, damage in substances searching the earth and causing a decline

2):- There are many well-being hazards related to soil pollution, via straight interaction with the soil or from air pollutants.

4):-soil pollution is caused by pesticides that are used to kill the pests.

7):-Mining and activities that are caused by heavy metal industries.

10):-Corrosion of underground storage tanks also causes is soil contamination. Intensive farming is farming in which land is used whole the year due to this soil nutrients decreased.

Industrial usage is the most important offender of soil pollution. Many precautions and laws are made but due to industrial waste and improper disposal, pollution is causing the destruction of soil day by day. Mining is also a source of soil pollution.

An indirect effect on soil pollution is Deforestation. The exposed soil is easily destructed when trees are cut down. The land is unable to support vegetation when soil is affected through erosion.

Acid rain happens when contaminants in the air like nitrogen dioxide and sulfur dioxide blend with rain. It has been confirmed to harmfully affect soil by liquefying vital nutrients and even altering the structure of the soil.

There are many effects of soil pollution. The most extreme effect is that natural life on land may become unmanageable in the damaged soil. Animal and human life will be impossible and plants would not grow. Except for death soil pollution has many other significances. Some are given below:

1):-Increase of human health hazards from interaction with contaminated soil or water.

2):-Environmental change primes to a disturbance in biomes that causes damage to the assured animal species.

3):- the Reduced richness of soil and profit leads to loss of minerals and progress in diseases.

4):-Except all rules and regulations the soil is eroding day by day thus specific remedies are needed.

Use of fewer pesticides

The use of pesticides and other chemicals should be avoided to protect the soil and its nutrients for the benefit of plants as well as human beings.

Use the products which are re-usable like paper, plastics, and aluminum glass products. Also, develop the habit of less using products that are not recyclable. Containers can be reused rather than throwing in dust bins.

Reforestation is a good practice to reduce pollution. Except for all the advantages where the new trees are cultivated here the old and invaluable trees are cut down which leads to erosion of soil and cause soil pollution.

Bioremediation is a process in which the microorganism is introduced into the soil to increase the fertility of the soil. In this process, the natural nutrients of the soil can be decomposed and reused by plants. It is an environmentally friendly process.

Soil is the most important part of life. It is necessary to protect the soil for the benefit of plants, animals, and human beings.

Strategies for remediation of soil

Different technologies are used for remediation

Soil should be excavated and put it to disposal site away from human and sensitive environment or soil should be aerated at a contaminated site.

By using the process of bioremediation, the process in which microorganism is used which digest certain organic molecules.

Phytoremediation is a technique in which the plants are used to remove the heavy metal.

Mycoremediation is a technique in which the fungus is used to remove heavy metals.

Using the electrometrical system to extract groundwater or soil vapor.