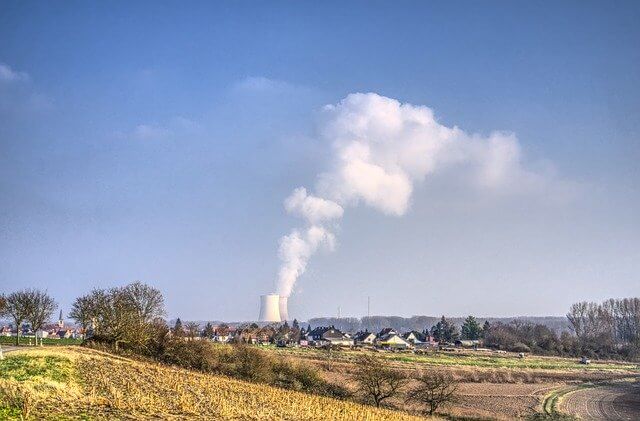 Radioactive pollution in which radiation is produced by radioactive elements and cause harmful effect on living organisms including animals and human beings.

The types of elements that produce radioactive radiation are called radioactive elements.

The phenomenon of emitting radioactive radiation is called radioactivity.

There are two main sources of radiations

Natural sources of radiations include

The high-speed electromagnetic waves which travel from space to the earth are called cosmic rays. They highly affect the atmosphere. These are high energy radiations. There are two types of cosmic rays

Different human activities are sources of radioactive pollution. The use of  nuclear material in Hiroshima and Nagasaki are the best example of it.

Different types of nuclear tests are carried out for different purposes. They include nuclear fission reaction and nuclear fusion reaction. Many types of radiation are released into the atmosphere. They are a major source of environmental radiation pollution.

Many particles of radioactive material that are released in the atmosphere are mixed into the air. They are at a height of 6 to 7 kilometers.

They come back to the earth with rainwater. Through this water, they are absorbed into the soil. This water is then absorbed by plants. Thus these materials can include in the food chain.

X_rays are applied to the body parts for medical treatment. Several types of rays are present in it. For example, gamma rays are used for the treatment of cancer. They can cause many other effects on the body. Several other living tissues other than cancerous cells can be destroyed by this process.

In the industries, many types of radioisotopes are used for various purposes. The waste of this material is disposed of by the soil. This can cause radioactive pollution.

The waste material which is obtained from nuclear activities is called radioactive waste. It can be classified into two

Some time the radioactive material is inhaled inside the body. Some radiations have the ability to penetrate into the cells. They can cause a change in the chromosome structure. Thus genetic damage occurs through this process. Change in the structure of genetic material is known as mutation. It passes through gametes into the next generation.

Nongenetic effects do not pass into the progeny. This type of effect occurs mostly on the external parts of the body. It includes

Preventive the measure of radioactive pollution