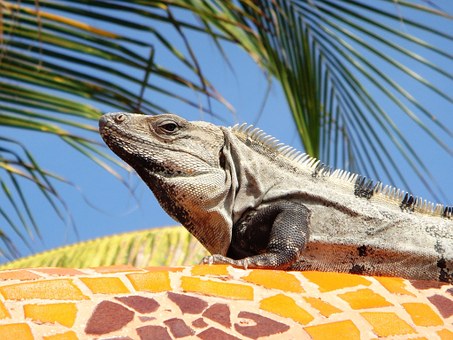 It is the Largest zoogeographical region· that includes, the whole of Europe, the north part of Africa(such as the Sahara desert range), northern China, USSR, Japan, Iran, Afganistan, and Balochistan province of Pakistan.

Palaearctic region is bounded by sea (Arabian Sea) to the west, north, and east and by Sahara and Himalayas to the south. The Palaearctic is, therefore, in continuous land connection with two of its neighbors, the Ethiopian and Oriental are ions, from which it is separated by desert in one case and a high mountain range in the other.

From its other neighbor, the Nearctic, it is cut off by sea today, but in past was connected to it by a land bridge called Bering Strait. The climate is more or less temperate. The region includes both wet forests and dry open steppe lands(dry grassland) as well as large coniferous forests.

Eastern Asia including China and Japan contains deciduous forests. A wide range of temperature, greater fluctuations in the rainfall, greater diversity of the surface features is the characteristics of the Palaearctic region.

The two unique families of mammals that are endemic to the Palaearctic region are both rodents, namely, Spalacidae and Selevinidae. Each family is represented by only one genus. Spalax is a brownish yellowing burrowing rat with a tail. Selevina is mainly remarkable because it was discovered recently in 1938 in Kazakistan.

The Palaearctic birds include hawks, ducks, storks, cuckoos, kingfishers, swifts, swallows, thrushes, blackbirds, finches, grebes, loons, etc. Parrots are not present there. The only family endemic to this region is the ‘hedgehog sparrow’

The reptilian fauna is characterized by turtles, tortoises, a few lizards, and snakes. There is Alligator in China. No family has confined this region

Palaearctic is important from the point of view that it has a large number of ‘tailed amphibians’, the newts and salamanders. Of the tailless amphibia, the common toads and frogs are widespread and there are few tree frogs of both the hylid and polypedatid families.

The vertebrate fauna of Palaearctic is not very rich and presents a complex of Old World tropical families and temperate New World fauna. Of Palaearctic mammal, rabbits. munds, dogs, and bat families are worldwide in distribution there are shrews, squirrels, mustelids, and members of the cat family in every other region except Australia.

It shares bears, beavers, wolves, reindeers, otters with Nearctic. The families of hedgehogs, porcupines, hyenas, badgers, antelopes, pigs, etc are confined to Old World. The camel family is only the mammalian family occurring in Palaearctic which has discontinuous distribution. The relatives of camels Vicunas and Guanacos live in Neotropical region.