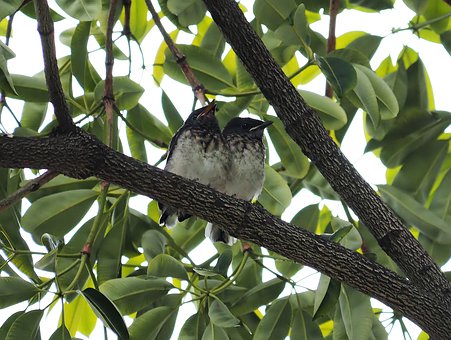 The Oriental region is essentially formed of Asia and includes its tropical parts such as India, Pakistan, Sri Lanka, Burma, Malaysia, Indonesia, Indochina, Southern China and the Philippines.

There are four sub-regions :

It is separated from Palaearctic by the Himalayas in the north and is bounded by the Indian Ocean and the Pacific Ocean on its other side. However, there is no physical boundary in the southeast corner where the islands of the Malayan archipelago (means cluster of islands) string out until they reach Australia. The Oriental region presents a great variety of physical features Northern part of India is temperate and is chiefly composed of grassy plains with scattered trees and bushes.

The northwest is occupied by deserts. The southern portion is richer in vegetation and is covered with luxuriant tropical forests. Similarly, Sri Lanka, Malaysia, Indonesia, and Indochina are almost entirely covered with thick tropical forests and possess a varied and extremely rich fauna.

The climate of the oriental region is mainly tropical. The temperature in the southern part is almost constant and seldom higher than 30°C in the northern part, in autumn and winter and temperature lies between 10-20°C rising in spring and summer.

In this region, the terrestrial vertebrates, are represented by 153 families, of which 10 are peculiar and endemic to this region. These are Gibbons, tarsiers, tree shrews, flying lemurs, Broadbills, egg-eating snakes, shield-tailed snakes, lizards, gavials, big-head tortoise.

There are 66 families of birds, of these 53 families are widely distributed. Only one family of birds is endemic.

The most important birds of the oriental region are

The magnificent peacock and jungle fowls are native to this region. Reptiles are very well represented in this region. There is particularly a large number of poisonous snakes such as vipers, Kraits, cobras, as well as python. Lizards are represented by several species of geckos and shrinks, as well as Varanus.

Crocodiles are widespread. Gavials (long-nosed crocodiles) are confined to India and Malaya. A freshwater turtle, the big-headed turtle is confined to this region. Amphibians are less distinctive Common frogs and toads range widely.

Urodeles (tailed amphibians), however, are very rare. It is very rich. At the same time, it is noted for the absence of primitive groups and dominance of carps and catfishes.

Although oriental fauna resembles that of the Ethiopian region, it is neither so rich in endemic families nor does it exhibits wide variety. It shares hedgehogs, porcupines, civets, hyenas, pigs, etc. with both Palaearctic and Ethiopian but a quarter of its families exclusively share with Africa.

These are lorises, Old World monkeys, pangolins, bamboo rats, elephants, rhinoceroses, and chevrotains. Despite this considerable resemblance to the Ethiopian fauna, there are striking differences between the two regions. Unlike Ethiopian, the oriental has moles, bears, tapirs, and deers in its fauna. In contrast, it is without jerboas, conveys, and wild horses.