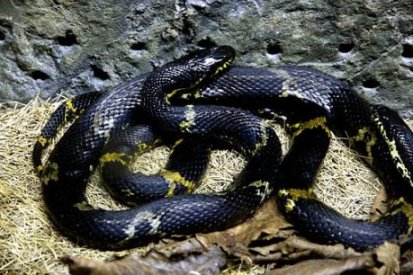 The whole of South America, most of Mexico, and the West Indies make up the Neotropical region. It is joined to Nearctic by a land bridge called Isthmus of Panama, and separated from all other regions by sea.

This region is mostly tropical but the southern region extends into the south temperate zones. The Amazon River basin has a high rainfall all year round, and its tropical forests are far more extensive and luxuriant than those in any other part of the world. It is also noted for the total absence of deserts.

The non-tropical part of South America. east of Andes mountain range is covered with tree-less grassy plains, popularly known as ‘pampas’ and in extreme south we meet the severe climate of southern Patagonia, the isotherm of 0°C passing during winter.

This region possesses a wealth of peculiar, diverse, rich, and specialized fauna. The vertebrate fauna is represented by 155 families, of which 39 are peculiar to this region. This is the highest number of endemic families for any region.

Mammals, excluding bats, are represented by 32 families, of which seven are of wide distribution and 16 are unique.

Among mammals, Xenarthra and Edentata form endemic order. This order is represented by three families namely sloths, anteaters, and armadillos. The first is arboreals(live upside-down life in trees), the second is anteaters(having tubular toothless mouth), and the third one is fossorial(burrowing forms).

Two families of marsupials occur in the Neotropical region, but only one of them Caenolestidae is exclusive. The opossum is also found in the Nearctic region. South American monkeys are diverse. They are not only brilliantly colored with a flat nose, prehensile tail but are much smaller in size as compared to the Old World monkeys.

The majority of these monkeys are a little larger than the size of the squirrels. They all belonging two families, namely Cebriae and Callithricidae. There are 11 endemic families of rodents and five indigenous families of bats, including vampires (the blood-sucking bats).

Two Neotropical families of mammals show discontinuous distribution, the camel family and tapirs. Camelidae, which are otherwise Palaearctic are represented in Neotropical by the endemic genus Llama. Similarly, tapirs are found to inhabit Malaya, Java, and Sumatra on one side and Central and South America on the other side.

The bird fauna of this region is so diverse and strange that sometimes South America is called a ‘Bird continent’. Rheas (American ostrich) and Tinamous (Patridge-like birds) are exclusive of this region.

A great variety of brilliantly colored birds such as toucans, macaws parrots, oil birds, trumpeters, hoatzins, hummingbirds, sand thrushes, tree creepers, plant cutters, sugarbirds, and puff birds found in this region. The only conspicuous lack in the bird fauna is a scarcity of songbirds, and except for quails, there are no representatives of the pheasant family.

Amphibian fauna is moderately rich and includes a variety of Tree frogs, common frogs, and toads. Tailed amphibia are represented only one genus Oedipus.

There are no carp fishes in this region. The fish fauna is dominated by characins, gymnotids, and catfishes. Gymnotid (Electric eel) are not related to mormyrids of the Ethiopian region but the characin fish are family shared by Ethiopian and Neotropical. Similarly, the lungfish, Lepidosiren of South America is related to the Ethiopian lungfish Protopterus.

Of all the regions Neotropical possesses the highest number of endemic families. This may be because South America was isolated for a long time from other continents, thus enabling this region to evolve a peculiar fauna of its own.

Many of the commonly occurring mammalian families have no representatives in the Neotropical region. For example, there are no hedgehogs, moles, beavers, hyenas, bovids, and native horses. The absence of horses is curious because only a few thousand years ago they existed both in North and South America. There are no Anthropoid apes and dog-faced monkeys. Insectivores are particularly absent.

Like Palaearctic and Nearctic, the Neotropical region shares circelid mice, dogs, bears, mustelids, cats, deers, etc. It shares with Nearctic some important groups of animals such as opossums, armadillos, tree porcupines, and peccaries.

On the whole, the vertebrates fauna is supposed to be a remnant of the Old Tertiary times. Within the Neotropical region, richness fauna is seen in the tropical parts of South America.