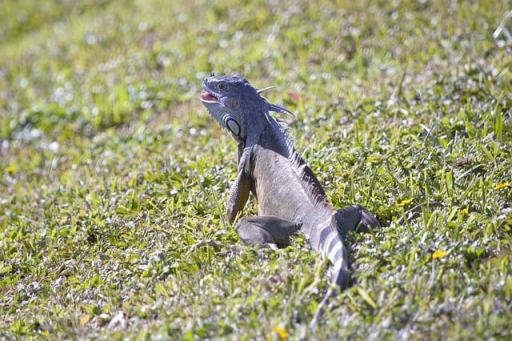 Species that are nonnative to a specific location are called invasive species. Invasive species have the ability to spread at a level that proves harmful to the human economy, environment, and human health.

The term that is used to define the species that is not native to a specific location and affect the bioregions and habitat,  they can also affect the environment ecology and economy.

It may be an animal or a plant that overcrowd a region and disrupt that habitat wilderness area.  Invasive species are defined by the European Union as“ those species that now threaten the biological diversity were firstly out of this area of natural distribution”.

They termed as “noxious weeds” by the researchers, land managers, horticulturalists, botanists, conservationists, and the public.

Scientists have to include ecosystem factors and species in the mechanisms that cause the introduced species to become invasive species.

These species have a combination of specific traits that make them able to compete with native species. Sometimes the competition is for reproduction and for growth rates, sometimes the species are more directly interact with each other.  From the list of noninvasive and invasive species, 86% of invasive species can be determined from their traits.

Traits of the invasive species

Usually and introduce species have to survive at a low population density until in a new location it becomes an invasive species. In a new location to maintain and reproduce itself will be a difficult task for the introduced species.

If and introduce species successfully compete with the native species for resources, for example, light, nutrients, physical space, food, and water, it will allow the introduced species to multiply rapidly.

An invasive species can create negative or positive effect on native species because it can change the environment by modification of abiotic factors, or by the release of chemical compounds, or by the effect of herbivores’ behavior.

The available resources amount and their utilization by organisms will determine the effect of invasive species on the ecosystem.  A stable ecosystem has equilibrium between the use of the resources that are available.  when changes occur in an ecosystem, for example, forest fire it will favor the normal succession of forbs and grasses that are native to that location.

In an ecosystem each species have its specific niche, so the invasive species will fill the niches that were not occupied by native species by creating new niches. E.g edge effects show the disturbance of an ecosystem part when a piece of land is cleared for agricultural use, a distinct habitat is formed between the boundary of a newly cleared piece of land and the remaining undisturbed habitat.

These Rapid adaptations include the alters in phenology, morphology, plasticity, and Physiology, so their offspring will be fitter and better adapted for this environment,

The invasive species have affected the ecology, geomorphology, and economy.

The local areas are pressurized by human habitation and land clearing. The habitats.    that are disturbed by human activities are very sensitive to invasive species, that have harmful effects on the ecosystem because it can alter the functions of an ecosystem. e.g   a pest plant species known as “ae ae”  In the Hawaiian wetlands had covered the wetlands that were made artificially for the waterfowls as a refuge,  it has made the undesired feeding areas for endangered Hawaiian waterfowls.

Sea lamprey can feed on all types of fishes like Salman and trouts by adding destructive effect on the fish industry.