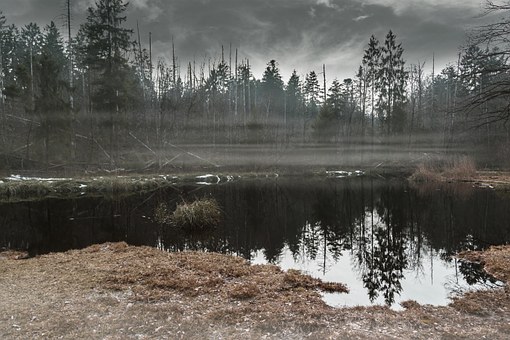 Wetlands can be defined as the areas of peat, fen, marshlands where natural, artificial, temporary, or permanent water is flowing or static, salty or fresh, brackish with a depth of low tides that does not exceed six meters.

For the conservation of wetlands first time, an international convention was held at Ramsar, in Iran on February 2nd, 1971.

But in Pakistan wetland convention was brought first time in 1967, signed by the Pakistani government, became a member that convention in 1976 at that time Pakistan has only 9  globally significant wetlands or wetlands covering an area of 7800 sq. km.

But nowadays, Pakistan has 19 wetlands. There are 225 or 223 wetlands are present in Pakistan, but only  19 are wetlands. Out of these 19, eight are wildlife sanctuaries, three are game reserves and the remaining eight are part of national parks or may have unknown status.

There are five major types of wetlands

Wetlands have great importance because they act as Paradise or Heaven for various migratory and other waterfowls therefore, wetlands should conserve for the protection or conservation of biodiversity especially for waterfowl.

A large natural semi freshwater lake in Pakistan with extensive red beds especially in western and northern parts. It is the combination of two lakes naming Sonheri and Keenjhar lake in reality. It is also known as kalri lake.

It provides favorable environmental conditions to various migratory birds like ducks geese, flaming, tens coots and ibises, etc. Climate The climatic conditioned of kinjhar lake are arid dry subtropical, monsoonal with 200mm annual rainfall. Biodiversity There are various species of wild animals are present in the area of this lake.