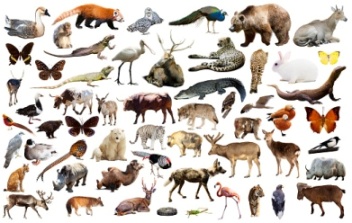 More than 174 mammal species have been reported to occur in Pakistan. There are at least three endemic species & a number of endemic and near-endemic subspecies. Species belonging to the Palaearctic realm occur largely in the Himalayan and Baluchistan uplands; those belonging to the Indo-Malayan realm occur primarily in the Indus plains including the Thar desert and Himalayan foothills.

In addition, species with affinities to the Ethiopian region occur in the dry southwest and along the Makran coast and Thar desert of Pakistan. Ten of the 18 known mammalian orders are represented in Pakistan, including the world’s smallest surviving mammal, the Mediterranean pigmy shrew as well as the largest mammal in existence today, the blue whale.

Many scientists have reported that tiger (Panthera tigris) and swamp deer (Cervus duvauceli) have become extinct during this century, lion (Panthera leo) during the last century, and the Indian one-horned rhinoceros (Rhinoceros unicornis) about four hundred years ago.

Several species have been described as extremely rare or occurring in very small population on the borders of Pakistan, and of these, the cheetah (Acinonyx jubatus), Indian wild ass (Equus hemionus khur) and hangul (Cervus elaphus hanglu) are already regarded as being extinct in Pakistan.

Many other species like Indus dolphin, grey wolf, snow leopard, brown bear, Suleman markhor, lynx, Marcopolo sheep, etc. are among some of the threatened mammals in Pakistan.