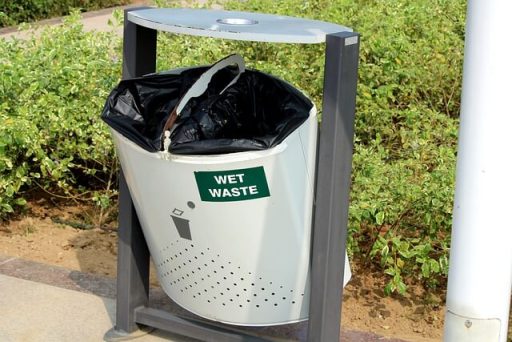 Persistent organic pollutants the extravagance organic compounds that are resistant to environmental degradation through chemical, biochemical, and photolytic processes.

Because of their persistence, POP’s accumulated with potential adverse impacts on human health and the environment. Many POP’s are currently or were in the past used as pesticides, solvents, pharmaceutical, and industrial chemicals. Although some POP, s arise naturally.

For example volcanoes and various biosynthetic pathways, most are anthropogenic via total synthesis series of irresolute chemical contaminants which are produced mostly as synthetic by-products as well as by natural process distributed freely among biosphere hydrosphere, lithosphere these are also known as chemical poison.

Retain less POP,s which have hazardous effects on the biotic and Abiotic life cycle, revolving again and again in the natural cycle food chain and food web causing pollution to the whole globe. They have a prolonged period and long the lasting effect, not degradable with radioactive in nature.

They dispersed through the air, water, soil, sediments and by prey prediction pathway and accumulate in adipose tissues in the living organism in-fact their deposition is due to the solubility in lipids and remain in the living bodies causing different diseases and their solubility and deposition period increased due to the slow metabolism of lipids.

The main source of pollutant including the different gases which protrude out by natural process like a forest fire and volcanic process and the harmful extravagance from the industries, agriculture, thermal and power plants, horticulture, different factories including cement, chemical, oil factories, thermal liquid, house garbage directly poured out in the rivers and then oceans accumulated in the form of sediments deposit after the several years, they deposit more and more and then breakdown.

As present in different forms in the water eaten by the different living organisms are eaten by others. In this way after decomposition enters into the Lithosphere. In the Human consuming fishes such harmful material deposit in their body.

There are many characteristics which are given as follows

These all pollutants are secondary products which are about 300 and obtain in the form of chemicals released as side products within useful products from manufacturing units of different sorts,  mainly the burning units and industrial process.

They have Irresolute natural means that they exist in the environment for millions of years and do not resolves easily and not break down different countries are ordered restrict reduced their deposition by avoiding their use from where they originate or not enhance. These methods or process which initiate their production side products.

They are present away from their point of origin due to which much time is required for their distribution. As they found in the single, their identification is difficult due to which most of the disease caused by them are not treated well due to non-diagnosis of causative harmful chemical. Some diseases also caused when someone exposed to these chemicals.

The process of these pollutant recycling, again and again, take place after introducing into the natural water cycle, then small animals, after decaying enter into the air and soil and then become again part of water bodies, An this process required a long time.

Greatest Strategies of the aquatic organism

As the aquatic animals especially mammals are adversely affected by the chemical, as they eat food they intake harmful chemicals also, for example, fish mainly contain these POPs when eaten by humans causing the disease including thyroid gland deficiency and reproductive system problems.

These pollutants have harmful chemical contain heavy metal ions which the living body metabolism not digest. Most of the pesticides, insecticides, Fungicide, and other types of aerosol and spray have induced these POPs like DDT which directly act as a poison and change the chemistry of endocrine hormones.

These organic pollutant are classified into three different categories as

Pesticides are those organic products that are used as defensive or protection against any living pest but their adverse effect damages the whole globe. These are a different form of insecticide as herbicide, fungicide, etc. The present form of these pesticides as

DDT is commonly well-known pesticide which was used in the past,it was easily available in past time or ancient time used as a drug against malaria in different countries

Impact of DDT on human

DDT causes different metabolic changes within the body of different animals to include changes in their reproductive cycle and reproductive organs, as a result, causing the decline of species.

The internal defense of the system in the form of an immunity effect mainly.

It also increases the level of estrogen and progesterone hormones.

Increase deposition beyond the limits of cancer-causing agents.

Now day rules are formulated to ban the extra use of DDT in different commonly used products. Their use ethnically to be limited sources as needed.

Due to deposition in adipose tissue and in breast milk infants are also affected by different a disease which becomes the cause of death.