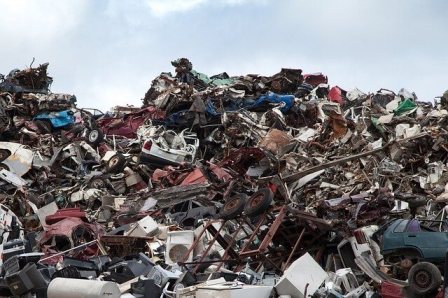 Environmental degradation is when environmental energy is used for the production of material at the industrial level but destroy natural beauty. Energy has always been the main source of life for human beings, since the immortal period of time about 1.19 million years ago, initially, it was in the form of heat and light that was obtained from the sun and fire.

But after the industrial revolution in England, it is said that the environmental energy is now going to be used for the production of material at the industrial level, man use many things for his benefits he destroyed natural beauty but these uses cause environmental problems and also human health problems

Problems or effects of industry

o   Climate change is caused by the overdose of unhealthy chemicals as well as unhealthy gases, like CO2

o   Although the common people do not know about the environmental problems that they are creating, but the majority of scientist that are involved in climatology says that the major cause is due to human activities

o   Climate change causes the risk of flood, the shortage of food and also this effect on a large number of people

o   The CO2 released from industry, when these become large in the amount, then it causes the radiation to come on the earth but not reflect thus cause the environmental temperature to increase. it is called the greenhouse effect

o   Greenhouses effect causes the melting of ice caps, glaciers and then cause a major problem i.e flood

o   The industrial release of smoke cause the deforestation

o   It is also caused due to the use of fossil fuels. As the trees are used for many purpose I.e timber, lumber, for manufacturing furniture and plants use for medicinal research and in medicines causes deforestation in environments

o   The unsustainable use of fire lead to the loss of diversity thus causes soil erosion and also reduces the production of coal.

o   This lead to many environmental problems when it is used in the industry, for example, produces smoke

Use of fossil fuels

o   There are three types of fossil fuels .these are petroleum, coal, and natural gas. the burning the fossil fuels produces around 52 billion tons of  CO2 and air pollution

o   Generation of electricity is a very important phenomenon but it creates a lot of threats to environmental conditions.

o   The environmental effect of the nuclear power that results from the formation of the nuclear fuel cycle, these releases the radiation also cause a harmful effect on human health

o   The wind power effect is minor, it causes the disturbance of chemical  and radiation thus it has a harmful impact on human health

Effects of crude oil on the environments

o   It also harmful for the fishes

o   The natural gases are also burned with oil

o   Coal also produces nitrogen oxides, sulfur dioxide, mercury, lead, and carbon dioxide, these all chemical products directly or indirectly damage our environment and all living and nonliving components of the environment

o   Our rivers and freshwater, lakes are polluted from the coal power plants