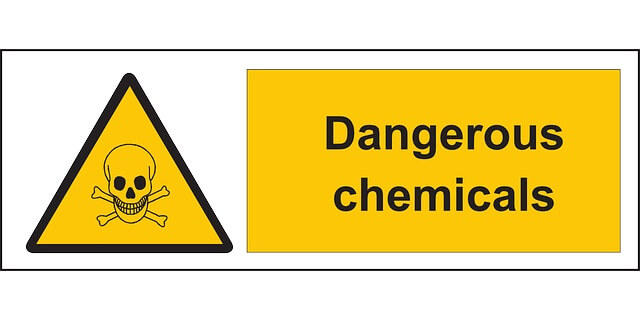 What are Endocrine disruptors chemicals?

As we know that inside our body there is an endocrine system that usually acts to produce and secrete the hormones and the other secretions which are necessary to regulate the body activates of our body.

These can be disturbed by other factors which are called the disruptors. The endocrine disruptors are the different chemicals which badly affect our body.

Different disruptors are involved in effecting our body endocrine system. These have different form and these in some times causes serious effects to our body. But we can avoid these loses by saving our bodies from these bad effectors.

Prevention is better than the cure hence let us discuss them in detail to understand the nature of our endocrine disruptors which affect our endocrine system.

These glands are secreted through the endocrine system.  The endocrine secretions or glands go into our bodies like keys go into a lock to open it. These are specific for a specific cell and this helps to run the normal process of the body.

Their function can be harmed by many of the other factors. Hence these cannot perform their work properly. These change their cell’s nature type consequently affects their working phenomena. Which may lead to several health consequences? There are the main causes that lead to disrupting our endocrine system.

These may be the chemicals from the environment or the antibiotics or abiotic that we take as drugs to kill the bacteria. As we know that many of the medical drugs have a side effect.

Hence these can cause a sever to disrupt our endocrine system. And nowadays due to the environmental pollution many of the endocrine disruptors chemicals or the EDC are known. Which badly affect our health?

As we know whole the growth and other important process are controlled from the immune systems so disturbing the endocrine system means disturbing the whole body. Hence these can cause less hormone secretion or it may totally change their function after interrupting it.

These include different sites to affect so we cannot predict specific symptoms differently EDC shows different functions. the endocrine disruptors affect the endocrine system of our body which consequently disrupts our other body functions.

Their symptoms vary from person to persons it depends on the affected organ which is mainly affected due to the failure from the disruptors.

Because it affects many of the systems. Some times it causes the cancers breathing issues obesity and also the growth neurological and the learning disabilities of the person also the main cause of the low IQ in many persons and also a big cause of the stunted growth.

The hormones involved in regulating every process of our body. these are the chemicals from the environmental pollutions and it accumulates into our body and interrupts the body function. Our immune systems also affect severely due to these disruptors. The thyroid cancer is also done due to this because of these affect a very wide area of our body.

The males have feminizing characters due to this and the females acquire the male characters according to the endocrine society. The study of these diseases also tells us that low dosage of the endocrine disruptors e.g. mercury lead etc is not as fatal as the higher dose. The low dose cannot cause the toxic effects in the body which causes several other functions disabilities.

Hence this came to know that the higher accumulation of these into our body is fatal. This causes some time several mental illnesses. As we know that the human body egg is produced inside the females which are gradual changes into a child so the protein and the other requirements are a need which is regulated through the help of the different hormones into our body.

As we know that these affect the wide area of our body.  So due to natural changes, our food contains several organic matters which affect our body. These chemicals expose into our environment due to the industrial wastage and also due to the polluted water and the other factors like polluted food chain is also responsible for this.

These can mix into our food chain by making ways and hence causes serious problems to our body.

It makes way through the food chain and hence it entered through the food chain and interrupts the body system. Nowadays it’s the nuclear era. So the exposure of nuclear waste into the area near to biodiversity and the residential areas is also a big cause of the spreading this. As we know that these can come from the food we eat and also from berating in a polluted environment.

These when accumulating into the body on a large scale then causes several hazardous to us and produces toxins into our body which leads to very severe conditions.

Even using the pharmaceuticals products again and again also accumulates the endocrine disruptors into our body. As we know that the dioxin is found abundantly into our food such as the meat. Which changes the male’s behavior for sexual desire? The EDC is also found into the poultry eggs.

How can we cure of endocrine disruptors chemicals?

The effect of the endocrine disruptors shows after a very long time. So their true cure is not available because a chemical affects the body’s ability of different organs. And medical tests and the biological effects are not valid to detect this problem into our body. Or when a fetus is in the belly of her mother. The best way is to drink pure water.

And also eat natural food. Avoid organic and other foods. The situations related to this are different so we should use the environment free from any pollution and also free from nuclear radiations because the nuclear radiations also act as a strong endocrine disruptor.

Also, use the proper toothpaste and other cosmetic products which directly involved in our body. Otherwise, always use natural products and live in clean and green environments.

As we know that exposure to various chemical compounds leads to several complexities related to our health and growth issues. So better to live in a clean and green environment and avoid exposure to chemicals.